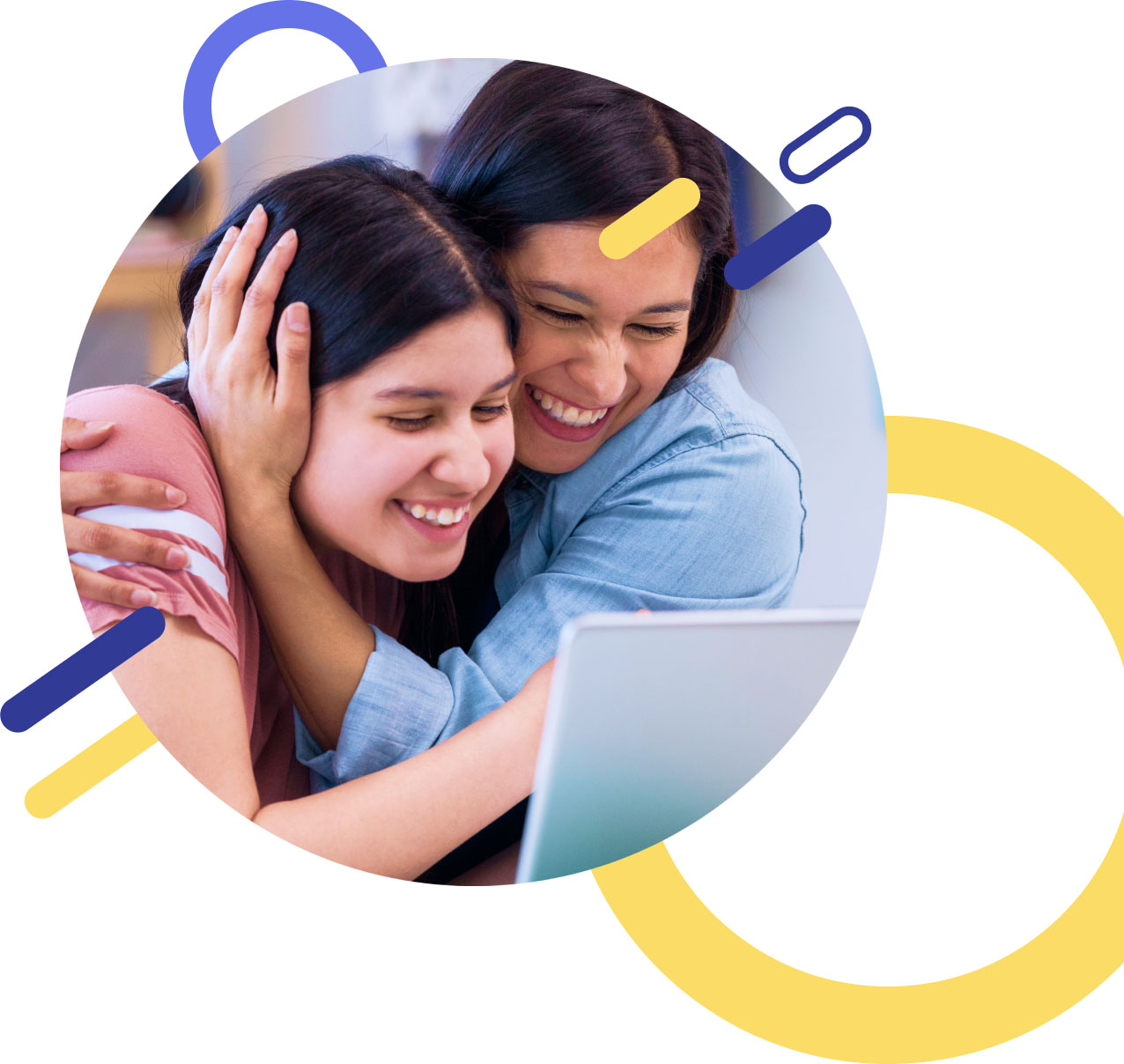 We get 8th graders accepted to private high schools

Test prep courses are not enough and often end with students getting rejected. We support families in navigating the process with a comprehensive program that addresses the whole child rather than just the test.

How Our Program Generates Thousands of Acceptances

Our program addresses all the criteria admissions directors review for acceptance. By comprehensively improving each area, we get much better results than programs just focusing on test prep.

Lowest Average Class Size of 5 for Lots of Individual Attention

The cost is $50 and includes a Diagnostic Exam and a half-hour Admissions Consultation with our Program Director that will cover: 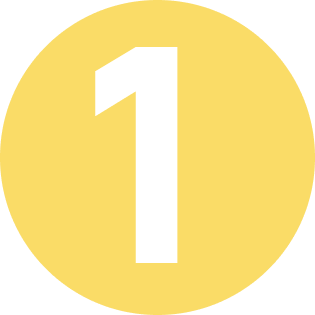 After you schedule a date for your consultation, you’ll receive an emailed link to the diagnostic exam for your son/daughter to take. It will take approximately 1 hour to complete.

During the Admissions Consultation, we will review all the above and determine if there are any deficiencies to shore up before taking the fall program. If we decide your child is a good fit for the Fall Program, we’ll review scheduling options with you (until classes are filled, we have schedules for every day of the week) and you’ll be invited to enroll. 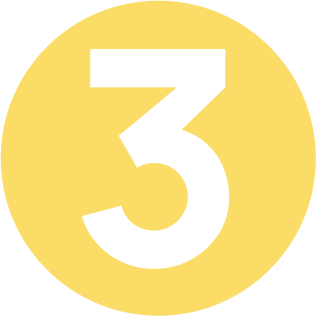 What Parents Have To Say

DON'T JUST TAKE OUR WORD FOR IT, HEAR WHAT OUR STUDENT'S PARENT HAVE TO SAY ABOUT GALLAGHER TEST PREP

I was very impressed with Gallagher Prep tutors My younger cousin got tutoring to prepare for the HSPT. He went from Average to Above Average from the practice test to the final in almost every category. He gained much more confidence going into the test. He was accepted at all the schools he applied to!

He went to a previous tutor center where the teachers were not heavily paying attention to my cousin's need. I will definitely recommend this place for anyone that needs any preparation for the HSPT

Thanks to Gallagher Prep, I scored in the 99th percentile on my HSPT and got accepted into Mitty, Bellarmine, and Saint Francis --- with honors. Gallagher not only helped me academically but also made me be more confident and focused when taking these tests. The helpful teachers and assistants help you with the HSPT itself, high school essays, and give you interview/admissions tips and guidelines. Would recommend!

My son showed marked improvement over his HSPT scores with the practice tests that Gallagher offers as part of its program. On the actual test, he placed in the 99 percentile... almost perfect scores! I credit Gallagher for all they taught him throughout the course of the program. In addition to helping him achieve such a great score, they have been extremely helpful in guiding me as the parent through the high school admissions process and things we can do to increase our son's chances of getting into the high school of his/our choice.

Family friends recommended the Gallagher's Learning Center last year when our daughter was in 8th grade. We were looking for a program that would help our daughter prepare for the HSPT. They believed their son's high test scores were the result of the Gallagher program. At first, we were worried that the extra homework might be too much. However, our daughter never complained. She really enjoyed the time with the other 8th graders. The kids all had the same goal of getting into their first choice Catholic High School. Our daughter came out of her HSPT feeling very confident. The first person she wanted to call when it was all over was Mrs. Gallagher. After receiving her letters of acceptance last weekend, she insisted on calling Mrs. Gallagher to share the good news.

I highly recommend the HSPT course at Gallagher. While attending regular Saturday tutoring sessions my children were able to improve their scores markedly. My daughter is at Mitty and my son will attend Bellarmine next year.

Although our son is a good and serious student, based on comparison of his test results on the very first day of working with Gallagher Prep and the results now, we could not be happier scoring in the 99th percentile for the HSPT test. This is a massive improvement. We seriously owe the Gallagher team our most sincere gratitude for the expert preparation they gave our son.

I couldn't have faced the college admissions process without the help of Gallagher Prep! The tutors don't let you slack off and really care for you -- many of my friends took prep courses at other places and didn't do so well on their test.

Working with a tutor/teacher who knows you very well is a crucial component in getting the best score on these standardized test! I am so grateful for the personalized techniques and attention I had when preparing for the SAT because I couldn't have been more pleased with the result.

Gallagher came highly recommended to me by a couple of folks I know, whose daughters had great success with them. I can say that I am very thankful that we listened to them. With the help of the Gallagher's team, my daughter, Emma, did brilliant in her HSPT Test, and she was able to get into Notre Dame. From beginning to end, Gallagher helped prepare her for the entire HS application/interview/test. They were brilliant!

Both my kids went to Mrs. Gallagher to prepare for the HSPT. Both did fantastic on their HSPT and got into their first choice high school. This was in 2013 and recently in 2015. This is not an inexpensive program, but we were happy with how well organized the program was and it worked for our family.

There is a lot of mystery around how high school admissions directors work. Misunderstandings lead to a lot of heartache when rejection letters go out and otherwise qualified students are dinged and rejected due to avoidable mistakes. Over the years, we’ve seen a clear pattern of fallacies that lead parents to these frustrating results:

“My daughter has good grades, so she just needs a good test score to get in.”

There are 6 areas in the admissions process and weighting of importance in getting accepted or rejected by admissions directors:

A great test score and good grades are not enough. We hear from parents every year who want help applying as sophomore transfers who were rejected because they failed to craft their application considering the importance of the other areas of impact in the admissions process.

How much does your program cost? Expand

High-quality test prep courses focusing on the test alone cost between $2-3k (often more for private tutoring) but they offer fewer hours, larger class sizes, only cover test prep and lack guidance on interviews, essays, extracurriculars and letters of recommendation.  Acceptance results are mixed at best.  The same can be said of the $400 online self-study courses.  Our program costs:

Do you offer a guarantee? Expand

We are the only program that offers a 100% money-back guarantee! If in the first month of the program you feel like it's not the right fit, we will refund your money in full.  No questions asked!  We're able to do this because it happens so rarely and is nearly always because a student needs 1-on-1 tutoring which we can provide if needed.

More importantly, we guarantee your child will reach their maximum admissions potential from our program by focusing on test prep, essays, interviews, extracurriculars, and letters of recommendation.

Why does this program cost more than some test prep courses? Expand

Most test prep courses cost between $400-$3500 but are only doing test prep. Our comprehensive approach is understanding that no one wants just a good test score. Parents and students want acceptances to the best private high schools. Each year we hear from families who just took a test prep course and were rejected even with a good score and good grades. These kinds of mistakes are easily avoidable. Our program takes a comprehensive approach that works on the interview, essays, test prep, extracurriculars and letters of recommendation. That’s how we get more acceptances than any prep course.

Our program is for parents who understand that they are going to pay thousands of dollars to a private school over the next 4 years and they want to have the most options available for them to compare by getting as many acceptances as possible and then deciding on the school that is the best fit after attending open houses and school shadowing days.

Do the first step of our process right now!
Set up a $50 paid appointment and diagnostic.

Our founder, Deirdre Gallagher, grew up in Castleisland, Ireland, in a very Catholic household. After embarking on her university studies in Madrid, one day at the Irish embassy, “By fate, I happened to be sitting right next to Bing Crosby.” Bing had three children who needed a teacher since they traveled with him for work. She had all the qualifications he wanted and questioned if she wanted to come to America and teach his kids.

She taught the Crosby children in their Bay Area, California home until she met her future husband and fellow Irishman. They were later married a year later and began a family in the Bay Area where she got all 5 of her children admitted to competitive private high schools.

She began teaching test prep to their friends and quickly got a reputation for being very good at teaching and preparing 8th graders for high school entrance exams and helping with their essays and getting kids accepted into the best private high schools.

In 1990, she formally launched Gallagher Prep. Her business and comprehensive method quickly took off in the Bay Area.

Over the last 30 years, she honed her proprietary curriculum and comprehensive system which over three decades has helped thousands of students achieve top scores and get admitted into the most prestigious and competitive private schools. Today as President Emeritus, she continues to be the inspiration behind the vision, quality and success of the program which has continued to grow online throughout the United States.